Explaining PEMDAS Rule: Basic Acronym for the Order of Operations

Mathematics depends on numbers and the operations of numbers. The basic operations addition, subtraction, multiplication and division etc. require a perfectly organised ordered way of solving operations. The right sequence of step by step operation solving for any expression as well as equations is referred to as the pemdas rule. PEMDAS is considered to be an appropriate sequence solving operation to get correct results. The technique and application of the rule are simple and easy. This rule also finds its applicability in algebra, making it simple to solve the problems to get accurate results. It can be called a set of rules useful to do arithmetic as well as algebraic problems.

Why go with PEMDAS?

The arithmetic expressions and algebraic expressions, both need to be sorted out in a well-ordered way. Therefore, the availability of the basic concept makes the problem solving simple. Finding solutions to problems with a single operator is very simple but with the involvement of different operations, the situation becomes complex and a bit tricky. That’s why the PEMDAS rule forms an easy base for such mathematical problems. This is actually a step by step problem-solving technique.

The abbreviation of PEMDAS

The sequence is followed by moving from left to right while solving any expression or an equation.

Solution: Here, the first parenthesis will be attempted and the step is 7+(6*6-4)

Like this, any expression can be easily solved following the PEMDAS rule.

The rule can be remembered by remembering the phrase “please excuse my dear aunt Sally”.

There are some other versions of the rule (with small differences in them). Just like we have the BODMAS rule.

What is the difference between both the rules?

Though both have a similar approach with a little change in the representation of words.

The new version of PEMDAS

Nowadays this rule is also termed the GEMS rule of operations.

The things though remain the same and this can be known as an improvised version.

If a ball is thrown up at 20 metres/ second. What is the distance travelled by the ball in 2seconds of time?

This is how the application of the rule makes the calculations easy, simple and accurate.

Cuemath explains the concept better with lots of examples and helps in having clarity of the topic.

Sometimes the confusion is created due to the use of multiple brackets in the questions. There one has to follow the rule of brackets which says starting from bar bracket, the next is round brackets, then comes the curly brackets and the last is the square brackets.

Following the correct sequence of brackets and PEMDAS make all types of calculations easy and precise. Whether algebra or arithmetic both become simple if correct steps are followed. The order of operations helps to even the complex problems in a systematic and organized manner. If applied carefully the order proves helpful in all aspects. 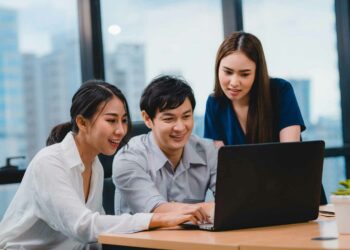