When Tommy Walker said, “Think about guest blogging like your favorite long-running TV show,” what do you think he meant?

Our guess is along the lines of longevity and credibility that comes with building trust. Think about it—once you have tagged a TV show as your ‘favorite’, would you ever disregard a character shown in any one of its episodes?

Can you forget Brad Pitt starring in that one episode of “Friends” where he doesn’t shy away from expressing his dislike for Rachel? Didn’t you want him to come back again?

Well, that might just be because he is Brad Pitt. Even then, do you think that starring in “Friends” didn’t have any impact on his likeability as an actor? How many opportunities opened up for him after that one episode? How much of that depended on his performance?

Think of guest blogging in a similar light. An easy way of gaining exposure, credibility, and trust that takes your company’s growth over the moon.

You don’t have to take our word (or this analogy) for it. We have some pretty inspiring success stories to back up our interpretation of Tommy Walker’s infamous statement. We bet you’ll agree with us by the end of it!

How Buffer buffered their way to success!

The hottest social media scheduling app on the market—that’s how most people recognize Buffer today. But that was not the case when the company was only starting out.

Initially, you could count their customers on your fingertips. But a massive upsurge was waiting just around the corner. Buffer acquired 100,000 customers within nine months. There has been no looking back ever since.

What kind of sorcery did they use? Guest blogging!

Leo Widrich, CEO of BufferApp, said in an interview “Within the space of around 9 months, I wrote around 150 guest posts…In terms of ‘how much more’, my answer would be ‘everything’. There was nothing else we did, literally. Just guest blogging.”

7,251% traffic increase—that’s what Uplers did for Airtasker

Airtasker, an Australian outsourcing company, approached Uplers, an Indian marketing service company, to launch an extensive link-building campaign to help with Airtasker’s rankings and grow their organic traffic. Uplers fulfilled those objectives to an unprecedented extent as their case study would prove.

Airtasker’s organic website traffic increased by 7251% in just 10 months and they acquired 30 authority links. This took Airtasker’s Google ranking to the top five positions from the lousy third-page where no one reaches.

Now, what did Uplers do to make this possible? They employed their premium blogger outreach and guest posting services. In other words, they used guest posting as the ultimate white hat link-building technique. And they sure did it masterfully!

This is a guest posting service any company can use, if they wish to employ Uplers, to replicate the results they produced for Airtasker. We suggest you give it a try.

The Freddy Krueger of Blogging—Danny Iny

For Danny Iny, the owner of Mirasee, guest blogging opened up more avenues than just rising traffic numbers and marketing statistics. He discovered the hidden power of guest blogging by shooting an arrow in the dark.

Quite innocently, he approached authority sites like Copyblogger and Problogger with innovative blog ideas. His blogs were picked up and published!

They not only skyrocketed his business’ online growth, but also connected him to the renowned silicon valley author Guy Kawasaki (whose book he mentioned in one of those blogs). That led to more exciting projects and recognition for his company. It was a perfect dominoes effect.

Guest blogging soon became second nature to Danny. He would reach out to dozens of blogging sites and write guest blogs. That’s how he gained his infamous pseudonym of Freddy Krueger—all of a sudden, he was everywhere!

Here is what Danny said in his blog about the power of guest blogging: “The value of guest posts increases exponentially with the number of posts you write…It goes back to the truism we’ve all learned about the number of impressions you need to make in order for people to notice you.”

John Jantsch and the art of bookselling

When John Jantsch released his book “Duct Tape Selling — Think Like a Marketer, Sell Like a Superstar”, he had multiple marketing options available to him. He chose to take the guest blogging route.

Just 7 guest posts—that’s all it took to give his book the initial sales push it needed. He used his connections and got his guest blogs published in some of the major marketing blogs like Copyblogger, Brian Solis, Convince and Convert, etc.

He would either talk about his book on the blogpost or simply mention it in his author bio. That’s how he earned the trust of the millions of readers of those blogs. And now they are his readers too! What more could an author ask for?

GrooveHQ, a help desk software company, has always been big on blogging as a content marketing strategy. However, the magic really happened for them when they landed their first guest blog on Buffer.

Within an hour of publishing, the numbers started rolling. Views accelerated from hundreds to thousands to millions. Soon enough, they had one of their busiest traffic days ever.

And now, guest blogging is Groove’s fundamental cornerstone in its growth strategy. According to Alex Turnbull, CEO of Groove “There’s no faster or cheaper way to reach massive audiences than guest blogging. By leveraging existing audiences in a way that delivers value, you create opportunities for exponential growth.”

Alex’s only regret is to not have started guest blogging sooner.

Oli Gardner, the co-founder of Unbounce, wrote a guest post for the SEOmoz blog introducing the Noob guide for online marketing. He included a giant infographic and delivered on his promise with a high-quality guest post.

The post was shared over 200,000 times and continues to live on the internet as one of SEOmoz’s best blogs for the year.

The honor, along with the viral reach, is something to envy Unbounce for. Either that, or you can just try what they did—guest blog!

How Grizzle scored a six-figure deal with guest blogging alone!

They dug up valuable customer insights from Seraph Science’s existing clients and started targeting the right publications for a guest blog. They created the best piece of content the audience had ever seen. And post-publication, they amplified those guest posts for an even wider reach.

What fruits did all their guest blogging efforts bear?

A six-figure deal from a single guest post, to begin with. Then there was increased organic traffic, improved search ranking for competitive keywords, and a content strategy that generates 42 leads a month, on average.

Not too shabby for the antiquated guest blogging approach, huh?

So, do you agree with us now? And if you do, what’s stopping you?

Write your guest blog with vigor and intent. If you can’t be Brad Pitt, you’ll at least be Gunther—a side character no one can forget! Either way, you’ll be better off than the actor who never showed up for the audition.

9 Web Design Trends and Predictions You Should Know For 2022

Top 10 Hadoop Tools You Should Be Aware Of 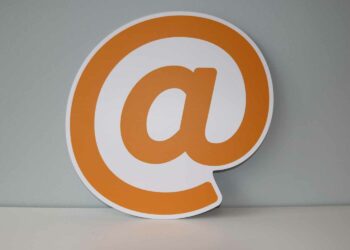 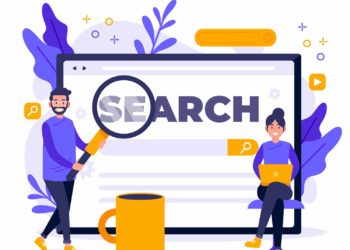 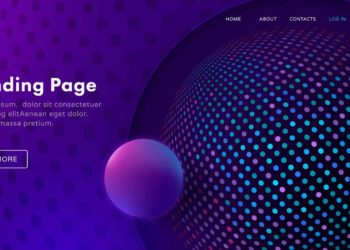 Top 10 Hadoop Tools You Should Be Aware Of